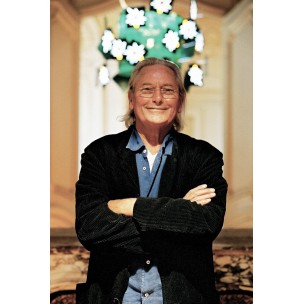 is an industrial designer from Germany who specializes in the design of lamps and light installations. He started buildins lighting systems and objects in the 60’s. Ingo Maurer company sells his products to all over the world. Him and his team work and grown everyday, as he says, also the group that works with him is composed by sixty people, more or less.

The company headquarters is in Schwabing, Munich. However, in 2005 we outgrew our production facilities in the courtyard at Kaiserstrasse 47 and a new location for production and shipping was established on the outskirts of Munich. In the former production hall, Ingo Maurer and his team created a spacious showroom, the second after New York, and the only one in Europe.